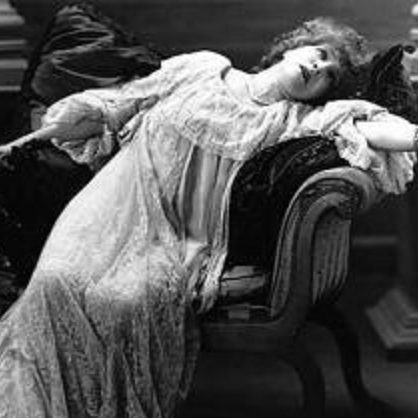 Do you remember turning 57?  I don’t either. It was one of those in between birthdays that I didn’t expect much of other than getting some cards or at least going out for a nice dinner.  It certainly didn’t carry the weight of the “I’m-turning-60/70/80/90” birthdays. The reason I mention 57 is that Medicare turned 57 yesterday.

Back in 1965, President Lyndon B. Johnson signed the Social Security Amendments of 1965 at the Harry S. Truman Library in Independence Missouri. It was a balmy 87 degrees on July 30th that year. Johnson was there with Truman and a good portion of the then heavyweights in Congress – Mike Mansfield, Stuart Symington, Russell Long, Wilbur Mills – to sign an amendment to the Social Security Act that originated during the Roosevelt administration, some 30 years earlier.

From its inception, Medicare has had a troubled existence. Truman asked Congress to come up with a national health plan back in 1945. The basic premise of achieving and enjoying good health and having access and protection against the economic effects of sickness for all Americans made sense in a country now growing accustomed to being the leader of the free world.

Standing firmly in opposition to these goals was, ironically, the American Medical Association, who maintained that “no third party must be permitted to come between the patient and his physician in any medical relation.” In other words, physicians wanted a monopoly on pricing and delivering health care services.

Opposition to Medicare has remained consistent, both in its premise and in its proponents. The basic premise is that physicians should be allowed to charge whatever they want for their services and provide care to whoever can afford it. Proponents of this position include the AMA, insurance companies, and Republicans.

Truman was unable to turn his vision into law during his time as President. He left office noting that his failure to pass such legislation was one of his most bitter disappointments.

It became obvious that private insurance was incapable of meeting the needs of this burgeoning population, and there was a need for comprehensive, affordable health care coverage.  And who better to provide that coverage than the Federal government?

What was also made clear (very clear!) was that there would be no interference by the Federal government in the delivery of these services, that patients were guaranteed free choice of who to see or where to go for hospital services, and individuals could “opt-out” from this plan and purchase their own, private insurance.

Medicare Signed into Law; The World Does not Come to an End

Since 1965, health care has improved for the majority of older Americans. While there are still shortfalls, and there is plenty to criticize, Medicare continues to offer a safety net to the majority of aging adults in America.

So, on that warm summer day in Independence, Missouri, the Act was signed into law. The world did not crumble. Physicians continued to make money (ironically, some made more!), older adults enjoyed better health care in hospitals, skilled nursing facilities, and at home.

Paying for health care has always been challenging. Providers need to make a living; patients need skilled care and medications; providers and patients need places to provide services and get well. The economic models available to Roosevelt and Truman were few.

Back in 1937 there were no guidelines on what to charge if you went to see a doctor. Hospitals were largely run as charity institutions. Insurance was for rich folks. Penicillin had yet to be invented, and the President of the United States was a polio survivor. Most Americans could not afford to see a doctor or go to a hospital. Many died because they lacked funds for medicine or care.

Health Economics and the Origins of the Medicare Trust Fund

I have not been able to find out who came up with the idea of using a payroll tax to fund Medicare, but that staffer was a genius! FICA has been around since 1937. Contributions are considered “earned benefits” – essentially matching funds contributed by both the employer and employee to be used for future benefit, specifically for health care.

These funds are placed in the Medicare Trust Fund which is basically a bookkeeping tool for collecting money in and paying it out. As long as payroll taxes are collected, money will flow into this trust fund and will be paid out to cover Part A (hospitalization) expenses. The challenge here is to keep hospital expenses down and keep Americans employed.

Sadly, there are those who take advantage of consumers in any industry. This was true in health care where reports surfaced that some practitioners were taking kick-backs, doing unnecessary procedures, and charging for services they never provided. The AMA wasn’t doing a very good job of policing its own. Medicare became a way to monitor practitioners and keep them from taking advantage of patients, as well as providing added fiscal enforcement to hold practitioners and hospitals accountable.

It evened the playing field for patients by setting fees and helped the AMA better police itself and guard against price gouging. Medicare clearly (well, maybe not clearly) set out what procedures it pays for, how much it will pay for those procedures, and vets providers before listing them as Medicare providers.

Since 1965, Original Medicare (Part A) has evolved from paying for 30-days of in-patient hospital care to covering a variety of different tests, items and services. These vary depending on state and local laws and agreements with hospitals and physicians’ groups. Generally speaking, if you are admitted to the hospital and you have Original Medicare, your stay will be paid for.

Medicare Part B covers physicians’ visits. Coverage here varies, too, by state and local determinations. Unlike Part A, you pay a premium for physician visits, outpatient services, preventive services, and some home health visits. This is known as Supplemental Medicare Insurance.

Medicare Part C is the newest iteration. This is “Medicare Advantage” and is run solely by private insurance companies for their stockholders. You have been paying FICA since you started working, but your monthly Medicare Advantage fees come completely out of your pocket.

Medicare Part D is the brain child of the pharmaceutical industry. It provides coverage for different medications and is amazingly complicated. It varies not only from plan to plan, but within plans and between plans.

Medicare Parts F & G, K, L, M, N (Medigap Policies). These supplemental policies were added to the marketplace for people who wanted additional coverage and are offered not by the Federal government, but by private insurance companies.  As with Part C, you are paying the insurance company directly for added benefits. These are not overseen by the Centers for Medicare and Medicaid, and can be changed at the sole discretion of the insurance company providing the coverage.

I was a Medicare provider for all 20 years of my professional practice. While I definitely felt I deserved to be paid more, I also knew that the Medicare beneficiaries I served got quality service for what they paid. I have been an advocate of Medicare for all because it does one thing really well – it makes health care coverage affordable.

There is talk (actually always has been) that Medicare will not be financially viable by the time it reaches 65. This meme is shared frequently during budget talks and is used by politicians on both sides to either scare or confirm people’s ideas about whether this insurance program is worth it.

There is a current movement from foes of Medicare to fundamentally restructure Original Medicare and move to Direct Contracting (aka, REACH). This, in part, would change the way that Original Medicare pays for care. Instead of paying providers directly, under this proposal Medicare would pay a third-party middleman a monthly fee to “manage” care of aging Americans, allowing the middleman to keep what they don’t spend on health services as overhead and profit. Virtually any type of company can be a REACH middleman, including commercial insurance companies, private equity investors, and other Wall Street profiteers. Eligible older Americans who chose Original Medicare are being automatically enrolled into Direct Contracting without their knowledge or consent.

This last statement is in direct violation of one of the key provisions of Medicare, that patients would be guaranteed free choice.

If you want to keep your Medicare benefits and see that you continue to have choice, then please contact your elected officials and let them know that you oppose Direct Contracting for Medicare (REACH).

As a footnote, here is a piece of trivia I found fascinating.  Of those who were at the signing of the Medicare bill that day in 1965, all but LBJ lived to ripe old ages:  Truman died at 88, Mansfield at 98, Symington at 87, Russel Long at 85, and Wilbur Mills at 83.  LBJ?  He died at 65. None of them were covered by Medicare.